What It Takes to Win an Olympic-Level Piano Competition

This is the second week of competition in the Gina Bachauer International Young Artist Piano Competition in Salt Lake City. This week's competitors are 14 - 18 years old.

Last week the 11 - 13 year old pianists competed in the Junior Competition. Ryota Yamazaki, a Japanese 13-year-old who lives and studies in Utah, was named the winner for his performance of Prokofiev’s Concerto No. 3 in C Major.

UPR's Mackinzie Hamilton spoke to Gary Billings, the director of the competition, and learned more about the high caliber of these performers.

What are the judges looking for when judging all these extraordinary kids?

"We're looking for obviously mastery of the piano and excellent technique, but many young pianists have excellent technique. So, even at this age we're looking for maturity. Do they understand the music? Do they communicate the composer's intentions? Do they express their own personality in the music? All these factors and their stage personality are important issues when we look at who to invite to Utah for this competition."

The performers can chose their own repertoire for this competition. Billings says that "lets them choose and express what they would like to convey and what music they love to perform."

For this competition, the pianists perform twice. In the first round, they play for 20 - 25 minutes. All competitors then get to perform in a second round, which is even longer. It's an intense competition but someone has to win. "The judges are thrilled with the level," Billings says, "and amazed at what these kids are doing at such a young age."

The Young Artists Competition concludes on Saturday, June 30, with the final round of competition and the closing gala. 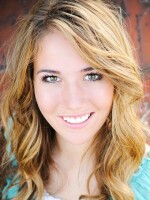