How to be an Amazing Grandparent: Learn Some Magic

Richard Hatch teaches magic classes during the  Cache Valley Summer Citizens program. UPR's Brianna Bodily sat in on one of Hatch's classes called "Magic 201: How to be an Amazing Audience."

At the beginning of the class, the students raise their right hands and pledge: "I promise not to expose the secrets of magic."

In addition to teaching magic tricks in his classes, Hatch also talks about the science of deception:

"Neuroscientists are interested in what it is about the way our minds work that allows us to see something and misinterpret it in such a way that it seems impossible in a wonderful way."

And he says the key to understanding might be found in the history of deception itself.

Instead of uncovering the secret of magic itself, Hatch hopes that a better understanding of the history of magic's origins will prepare his class to be a better audience:

"I think they'll have a better appreciation for magic as a result of this so they'll get greater enjoyment from other performances they have the chance to see."

He says by knowing the traditions they can see when someone's doing something original and hopes that they'll recognize that a particular piece of magic takes skill "because a lot magic is about hiding skill to make it look effortless."

The Summer Citizens program at Utah State University provides education and recreation for part-time residents of Logan, most of whom travel from warmer climes like Arizona where they spend the winter. 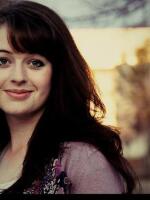 Brianna Bodily
Brianna’s passion for journalism comes from a love of learning and a desire to know everything. She studies Broadcast Journalism and Political Science at Utah State University and hopes one day to travel the world reporting hard news. She also works as the Aggie Radio news director and a reporter for USU TV.
See stories by Brianna Bodily