The Utah Department of Public  Safety Commissioner Jess Anderson expressed his appreciation to peaceful protesters Tuesday. For the third time in four nights, hundreds gathered in downtown Salt Lake City to protest police brutality and the death of George Floyd at the hands of Minneapolis police last week.

Anderson said on Twitter,“Thank you to those who engaged in peaceful protests around Salt Lake City, Provo, Orem and Logan today," adding that “These issues require a dialogue and all of us working together.” 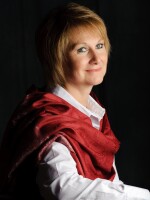