Flu season is more severe this year, but the vaccine can provide protection

Flu season usually runs from September-March. We are in the thick of it and seeing increased cases and hospitalization, likely in part due to an increase in travel and general socialization. Dr. Jamie Garfield is a Professor of Thoracic Medicine and Surgery at Temple University and a spokesperson for the American Lung Association.

“Across the country, we're seeing a lot more flu this year than we have in previous years,” said Dr. Garfield.

As hospitalization rates have increased this year, it is particularly important for those over 65 and those with chronic illness to get vaccinated, if eligible. In years past, 9 out of 10 people hospitalized for the flu have had underlying medical conditions.

“Those who are over the age of 65, or those with any chronic illness, so people with COPD and asthma and heart disease and diabetes, all those folks are at increased risk for a more severe form of flu,” Dr. Garfield said.

Dr. Garfield says the vaccine is particularly important for groups more at risk.

“All the vaccines actually are quadrivalent, which means that they protect against four different — the four most common — strains of the virus, which are two influenza A viruses, and two influenza B viruses. The high dose flu vaccine is for people over the age of 65,” explained Dr. Garfield.

Each year a new flu vaccine is developed in order to target changing strains and boost immunity. This years’ has proven protective against current strains of the virus.

“The vaccines have to be given every year because our immunity wanes, and also the active strains change. And so this year's vaccine is said to be protective against what we've identified so far, in terms of the most common strains that are in the community right now,” Dr. Garfield said.

According to Dr. Garfield, getting vaccinated against the flu not only protects your own health but those around, particularly those who cannot get it because they are under 6 months or are immunocompromised and are at particular risk during flu season. 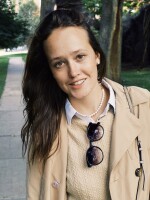