Senator Chris Wilson, a republican from Logan, represents District 25. From the Utah State Capitol this week, he discussed some of his top priorities for the 2023 general session.

Among other committees, Wilson serves on the Senate Revenue and Taxation Committee and said they are coming up with an overall plan for tax cuts.

“I think you will definitely see an income tax cut and we are also looking at cutting possibly taxes for veterans," said Wilson.

He added the committee is looking at fuel and sales tax cuts, as well as others. Wilson said there is also a big push to consolidate electrification efforts across the state. Along with Governor Spencer Cox and Aspire at Utah State University, he’s working on long-term plans for the electrification of airplanes, drones, trains, semi-trucks, and other vehicles.

For his district, his efforts include securing funding for a needed expansion of the Logan food pantry, a new maintenance shed for the Cache Valley Transit District and a Mental Health Receiving Center, which functions as a short-term crisis response center.

“That’s going to be a big a plus if we can get that in our area to try and help with the mental health crisis we have in our valley,” said Wilson.

Another one of his big priorities is Bear Lake.

“Bear Lake is a crown jewel of the state of Utah and we have to make sure Bear Lake does not become like the Great Salt Lake. And I want to get started on some funding for a comprehensive plan, a land use plan up at Bear Lake,” said Wilson. 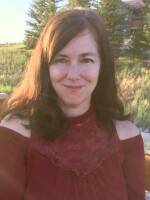