Democratic Congressional Candidates Debate this Week: Get to Know Them Before the Primary

Both contenders said they will not be "career politicians" and are in favor of campaign reform.

Combe, who lives in Ogden, said his biggest concern for Utah is in higher education accessibility.

"Having uneducated people keeps us from growing economically. Who’s going to want to open a business in this state if they can't have people with college degrees to work there?"

McAleer, an army veteran, said one issue high her list is ensuring the continued success of Hill Air Force Base in Clearfield as it is one of the top three employers in the state, as well as one of three maintenance depots for military aircraft across the country.

"Hill is critical to our economy and our national defense," McAleer said. "But the Department of Defense is reducing its budget while the Air Force is extending the life of its aircraft in lieu of acquiring new. Hill has a direct impact on our national security and the Utah economy."

The two will face-off in a debate at Logan High School in Cache County on June 14 at 5:00 p.m. 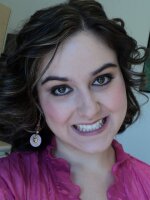 Storee Powell
As a freelance reporter for the Cache Valley Daily and Utah Public Radio, Storee covers women's issues such as women in higher education and women's health. Storee is an award-winning journalist, having won more than 13 awards for her work at UPR. Storee is a graduate of Utah State University and works at the Center for Persons with Disabilities at USU doing PR and marketing.
See stories by Storee Powell