The Year in Sports

NPR's Scott Simon talks with Weekend Edition sports commentator Ron Rapoport about the year in sports. From the Olympic figure skating flap in Salt Lake City to the controversy over women at Augusta National, women were at the center of two big sports stories in 2002. Ron and Scott also make early Super Bowl predictions.

Scott Simon
Scott Simon is one of America's most admired writers and broadcasters. He is the host of Weekend Edition Saturday and is one of the hosts of NPR's morning news podcast Up First. He has reported from all fifty states, five continents, and ten wars, from El Salvador to Sarajevo to Afghanistan and Iraq. His books have chronicled character and characters, in war and peace, sports and art, tragedy and comedy.
See stories by Scott Simon 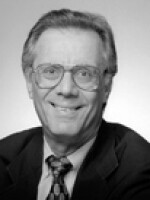 Ron Rapoport
Ron Rapoport is a sports columnist for The Chicago Sun-Times whose conversations about sports with Scott Simon on Weekend Edition Saturday are noted for their relevance, their light-hearted approach, and their often hilariously wrong predictions.