What Utahns Should Know About The Asian Giant Hornet

Dr. Spears, tell us a bit about this insect--  how to identify it and what we know about it since its recent discovery in North America.

Lori Spear: Yeah, so the Asian Giant Hornet was first cited in Canada last August and then northwestern Washington State a few months later. This insect is native to temperate and tropical Eastern Asia, low mountains and forests, so it prefers more moist areas.

It has a large orange or yellow head with prominent eyes and then a black and yellow striped abdomen. The male's lack a stinger and the females have a stinger. That stinger is about a quarter of an inch in length. They nest in the ground, rather than attaching their nest to a substrate.

SSN: Tell us why we should be worried about these hornets and do you think we're at risk here in Utah?

LS: Our two biggest concerns are one, human health, and then two, honeybee health. Multiple stings can kill humans, even if the human is not allergic. It is recommended that if you see a nest or an insect that looks suspicious that you calmly leave the area and then contact the local authorities.

As far as honeybees goes, just a handful of hornets can destroy a hive in 90 to 120 minutes. But if this insect does become established in the country, it will likely fall among the other established pests that pose a problem to the honey bees.

I don't think Utahns have to be worried about this hornet. It is adapted to low elevations, wooded areas. The climate in Utah is conducive to their survival, it's possible that they could arrive here. I think it's less likely for them to establish here.

SSN: So are these hornets considered an invasive species?

LS: They are an invasive species. And so they are native to parts of Asia and I think parts of Russia as well.

SSN: And can you recommend maybe a website where we can find more information and resources? 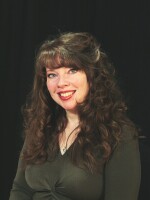 Shalayne Smith Needham
Shalayne Smith Needham has worked at Utah Public Radio since 2000 as producer of Access Utah. She graduated from Utah State University in 1997 with a BA in Sociology, emphasis on Criminology. A Logan native, she grew up with an appreciation for the great outdoors and spends her free time photographing the Western landscape and its wildlife.
See stories by Shalayne Smith Needham
Related Content