The second 4th Congressional District Debate of the election cycle got off to a rocky start with technical difficulties. While the debate was scheduled to begin at 5:00 p.m., issues with the YouTube livestream postponed it until 5:30.

Find other debates from this election season here. 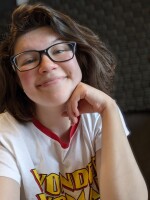 Emily Colby
Emily Colby is a recent USU graduate in political science. She grew up listening to NPR in the car with her mom, but she fell in love with radio at UPR. Emily spent four years producing Access Utah and now manages UPR's website. She has also worked on the Utah Women and Leadership Podcast, and sometimes fills in as a host during Morning Edition and All Things Considered.
See stories by Emily Colby
Related Content