Golden eagle released in the wild after nine months of rehabilitation

A golden eagle was released back into the wild after nine months at a Utah wildlife rehabilitation program.

The eagle was found critically injured on a roadside in Arizona in late February and brought to the Best Friend Animal Society’s Wild Friends program in Kanab, Utah. They diagnosed the bird with lead poisoning, which had caused major digestive issues, and performed multiple surgeries.

Nine months later, after intense training to re-train the eagle’s atrophied muscles, it was released back into the wild in Arizona.

A common way eagles get lead poisoning is by scavenging animal remains left by hunters, so the Utah Division of Wildlife Resources is encouraging hunters to switch to copper bullets.

When encountering injured wildlife on the road, Wild Friends suggests calling the closest wildlife rehabilitation center for assistance and staying with the animal to prevent it from leaving the scene or encountering other animals. 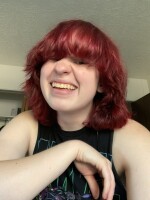