The North Logan City Library is expanding due to its popularity. In order to expand, the library is holding a Regency Dinner and Ball Fundraiser in late January.

Library director James Britsch explained that this fundraiser is to help expand the library to double its current size, which will include the addition of a Civic center.

“Our statistics show that we get more foot traffic and more checkouts and things like that than pretty much any other library that's close to our size.” Britsch said. "And so we are in great need of expansion”

Public services librarian Heidi Taylor explained why they decided to hold this specific event. "We wanted to do something that meant something to our library patrons and stuff and so we figured we have tons of patrons that love to read historical romance.”

The Regency era is commonly associated with books like those written by Jane Austen and shows such as "Bridgerton".

The dinner and ball is an event for adults 18 and older, but teenagers 15 and older may attend with an adult. The event will include dinner catered by Elements, a costume contest, a speaker and dancing led by the Old Glory Vintage Dancers.

The keynote speaker will be Julianne Donaldson, an author who has written books based in the regency era such as "Edenbrooke" and "Blackmoore".

“There was just nothing out there that felt like a true Regency novel. And I just felt like, we need to return Regency to what it was originally meant to be.”

Donaldson will also be a part of an authors panel during the Tea Party held the next day alongside other Regency authors; Joanna L. Barker, Josi S. Kilpack, and Julie Daines. The tea party will also include food and a costume contest.

The Regency Dinner and Ball with take place from 6 p.m. to 10 p.m. on Jan. 27 at the Riverwoods Conference Center in Logan. 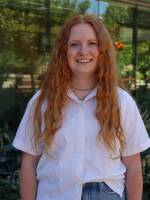