'Unselfish: Love Thy Neighbor As Thy Selfie' With Paul Parkinson On Thursday's Access Utah

“Unselfish: Love Thy Neighbor as Thy Selfie” compiled by Paul Parkinson, features 99 inspiring stories of people putting others before themselves. Everyone is trying to get noticed. Selfies are taking over the internet. We live in a world where success and achievement seem to be determined by how many “likes” or “followers” one has on social media. Selfish behavior seems to be at an all–time high.

But there are people who do Unselfish things everyday. Acts of kindness that no one notices. Extraordinary sacrifices that don't always go viral. This book celebrates just a few of the unsung stories of regular people and celebrities alike going against the grain and helping their fellow man.

A second book in this series is now available: “Unselfish Kids,” compiled by Paul Parkinson and his daughter, Sammie Parkinson.

As President of Gradual Elevate Media, Paul Parkinson wrote the story for and oversaw the production of the feature film, "Nowhere Safe" – a movie that addresses the issue of cyberbullying. Paul's work is in media that positively affects society and culture. He and his wife Rebecca have 6 children. 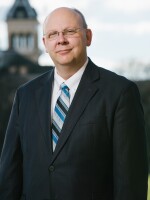