To celebrate Mexican heritage on the anniversary of the Mexican army’s 1862 victory over France at the Battle of Puebla, Cache Valley Media group is hosting a celebration at Willow Park featuring food trucks, live performances by local artists and other activities.

Community groups including Latinos in Action from Logan High School, the Latinx Cultural Center from Utah State University, The Family Place, Centro de la Familia, Bear River Head Start will be present at the event with information about the services they offer.

Many people confuse Cinco de Mayo with Mexican independence day when the holiday actually marks the anniversary of the Battle of Puebla. This battle was fought in the state of Puebla, Mexico when French forces invaded Mexico under the pretext that Mexico had refused to pay its foreign debt.

The holiday is more celebrated in the United States than it is in Mexico. Students in Mexico get the day off of school, but banks and government offices are open for the day. The major celebrations where parades and fiestas are held in the state of Puebla, Mexico.

In Southern California in 1863, the first celebration of Cinco de Mayo was held in the United States as a show of solidarity with Mexico against the French Rule. Cinco de Mayo is a day for Mexican- Americans to show pride in their unique heritage, from celebrating their food, culture and traditions.

Lopez is originally from Mexico and is excited to attend Wednesday’s celebration.

“An event of this type, in my opinion, being Hispanic, being of Mexican origin, an immigrant, I always support them. In the sense of there aren't many events in which we can share our culture in the best way, in a positive way,” said Lopez.

Mexican singer Ever Ocampo is donating his time and talent to perform at the event and said he was happy to accept the opportunity to sing to the community and help support and represent the Mexican culture.

“I received this invitation for the Cinco de Mayo and I decided to join them to represent what the Mexcian culture is,” Ocampo said. “I have always liked the music and while it’s something I can contribute with the gift that God gave me to interpret, then it doesn't cost me anything.” 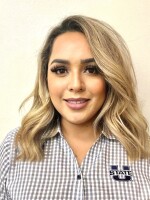 Jasmine Meza
Jasmine Meza is a bilingual reporter at UPR. She writes stories in English then translates them to Spanish so you can read both versions on our website. She works to inform Spanish speakers about updates related to COVID-19, or events happening in the area.
See stories by Jasmine Meza
Related Content